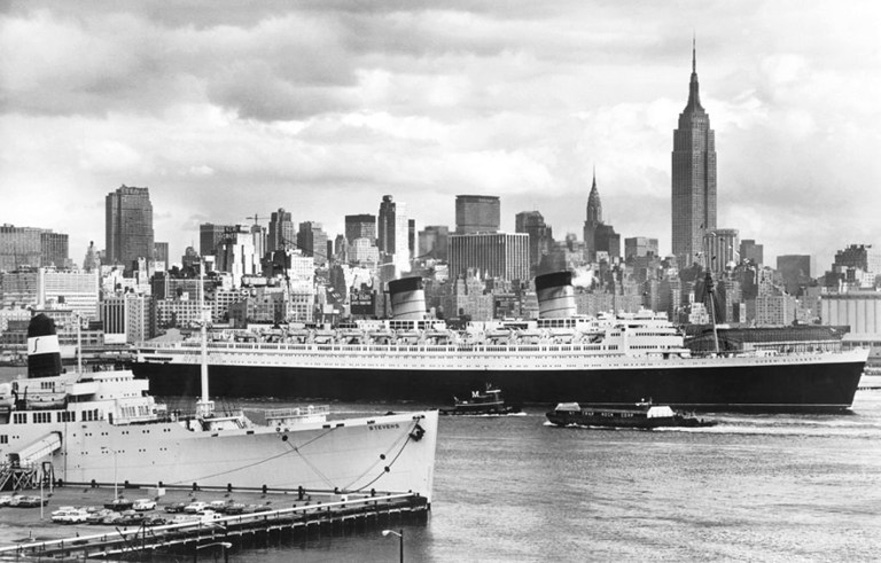 The ship was an ocean liner operated by Cunard Line. Provided weekly luxury liner service between Southampton in the United Kingdom and New York City in the United States, via Cherbourg in France.

Being constructed in the mid-1930s by John Brown and Company at Clydebank, Scotland. Queen Elizabeth was a slightly larger ship, the largest passenger liner ever built at that time and for 56 years thereafter. She also has the distinction of being the largest-ever riveted ship by gross tonnage.

Queen Elizabeth was sold to Hong Kong businessman Tung Chao Yung, who intended to convert her into a floating university cruise ship called Seawise University. In 1972, whilst she was undergoing refurbishment in Hong Kong harbor, fire broke out aboard under unexplained circumstances, and the ship was capsized by the water used to fight the fire.

The vessel was finally declared a shipping hazard and dismantled for scrap between 1974 and 1975. It is estimated that around 40–50% of the wreck was still on the seabed. In the late 1990s, the last remains of the wreck were buried during land reclamation for the construction of Container Terminal 9.