May 68 – The street with overturned cars in Paris 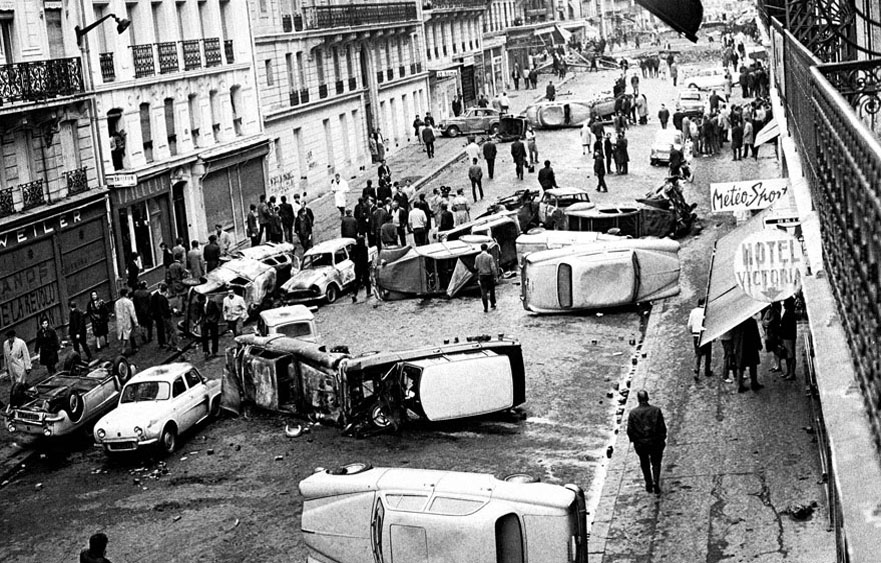 May 68 – The street with overturned cars in Paris

Beginning in May 1968, a period of civil unrest occurred throughout France, lasting some seven weeks and punctuated by demonstrations, general strikes, as well as the occupation of universities and factories. At the height of events, which have since become known as May 68, the economy of France came to a halt.

Thousands of students fought in street battles with the police on the night of May 11, on Rue Gay-Lussac in the Latin Quarter in Paris and erected barricades, the next morning the street, full of overturned cars.