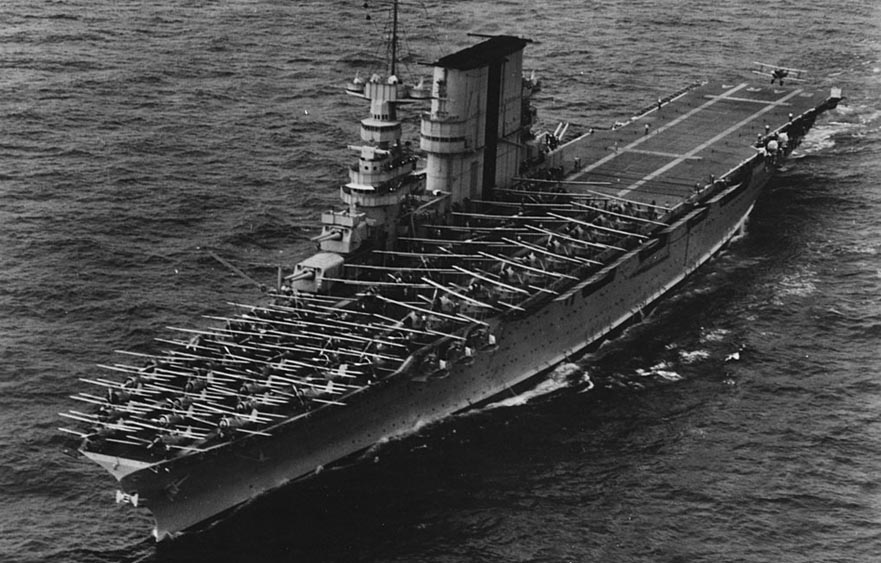 It built for the United States Navy during the 1920s. Originally designed as a battlecruiser, she was converted into one of the Navy’s first aircraft carriers during construction to comply with the Washington Naval Treaty of 1922.

The ship entered service in 1928 and was assigned to the Pacific Fleet for her entire career. Saratoga were used to develop and refine carrier tactics in a series of annual exercises before World War II. On more than one occasion these exercises included successful surprise attacks on Pearl Harbor, Hawaii. She was one of three prewar US fleet aircraft carriers, along with Enterprise and Ranger, to serve throughout World War II.

Saratoga was assigned to Operation Crossroads on 22 January 1946. This was a test conducted at Bikini Atoll to evaluate the effect of the atomic bomb on ships. Operation began with the first blast, an air burst on 1 July 1946. Saratoga survived the explosion with only minor damage. The ship was sunk by Test Baker, an underwater blast. She was struck from the Naval Vessel Register on 15 August 1946. In recent years, the submerged wreck, the top of which is only 18 meter below the surface, has become a scuba diving destination.