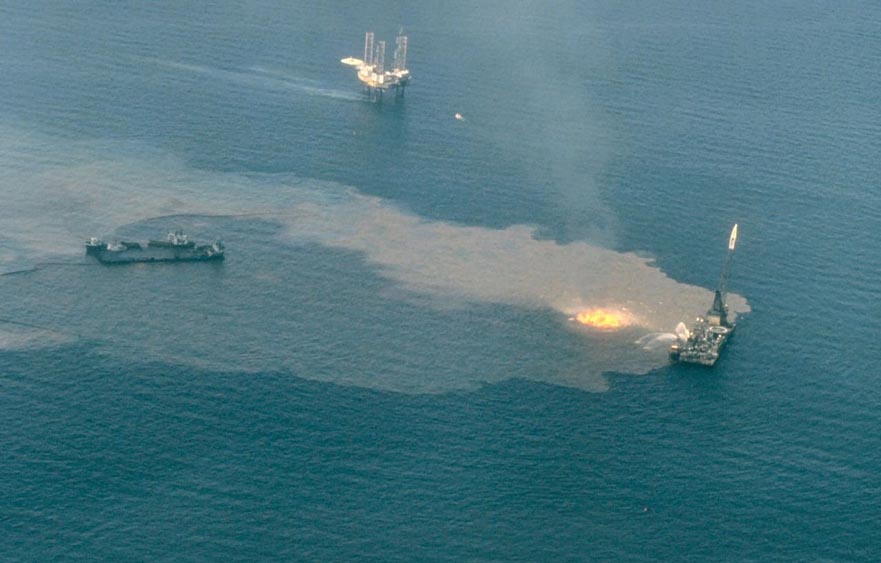 An exploratory oil well being drilled by the semi-submersible drilling rig Sedco 135 in the Bay of Campeche of the Gulf of Mexico.

Mexico’s state-owned oil company Pemex was drilling a 3 km deep oil well when on 3 June 1979 the drilling rig Sedco 135 lost drilling mud circulation that resulted in the destruction and sinking of the rig.

Pemex claimed that half of the released oil burned when it reached the surface, a third of it evaporated, and the rest was contained or dispersed. In total, around 138,500,000 US gallons of oil and 3.3 million barrels of oil were spilled throughout the roughly, 10 months it took for the oil to stop leaking.

Featured Image: Ixtoc I oil well blowout, after the platform Sedco 135 burns and sinks in the Bay of Campeche / Image: via wikipedia.org