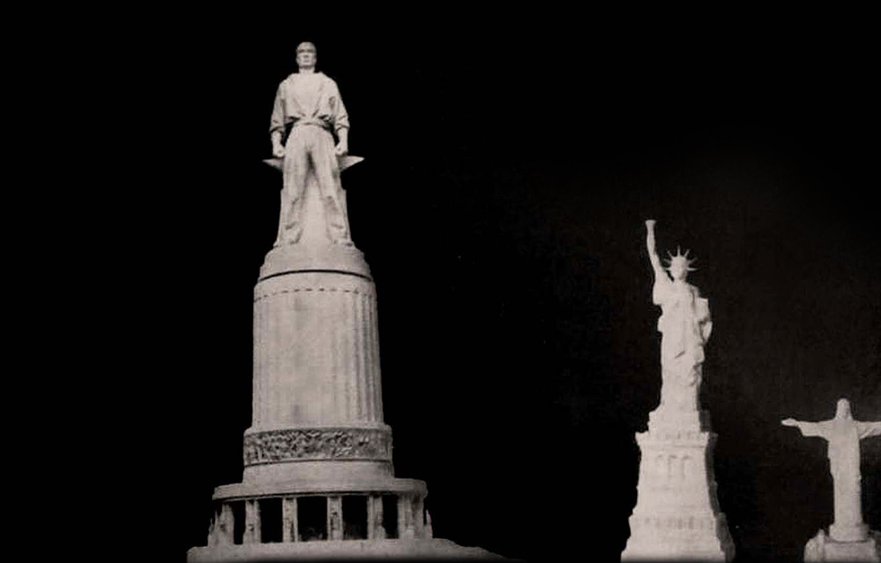 In 1951 Eva Perón, wife of the President of Argentina, conceived the idea of ​​erecting a monument to commemorate of October 17. The monument would consist of a gigantic statue of a worker. Beneath the statue, a grave would guard the remains of a shirtless man.

Evita was personally involved in the project. He said he wanted the Monument to the Shirtless to be the tallest, the heaviest, the most expensive in the world, and to be seen from afar, like the Eiffel Tower. According to some versions, it would be a pharaonic work, 140 meters high, with a statue of 53 meters and 16 figures of 5 meters high each.

With Evita’s untimely death, the project was modified. On June 26, 1952, the Chamber of Deputies passed a law approving the erection of the memorial that would now be called the Monument to Eva Perón.

In place of the shirtless statue, a figure representing Evita would be placed on top of the building. The foundations of the new structure were completed, but the coup d’etat of September 1955 put an end to the draft.

On the same site, the Peronist government of María Estela Martínez de Perón tried in the 1970s to build a mausoleum called the Altar de la Patria but never completed. Currently, near in that place are the studios of Argentine Public Television.

Featured Image: The monument would be 46 meters higher than the Statue of Liberty and almost 100 meters more than Cristo Redentor