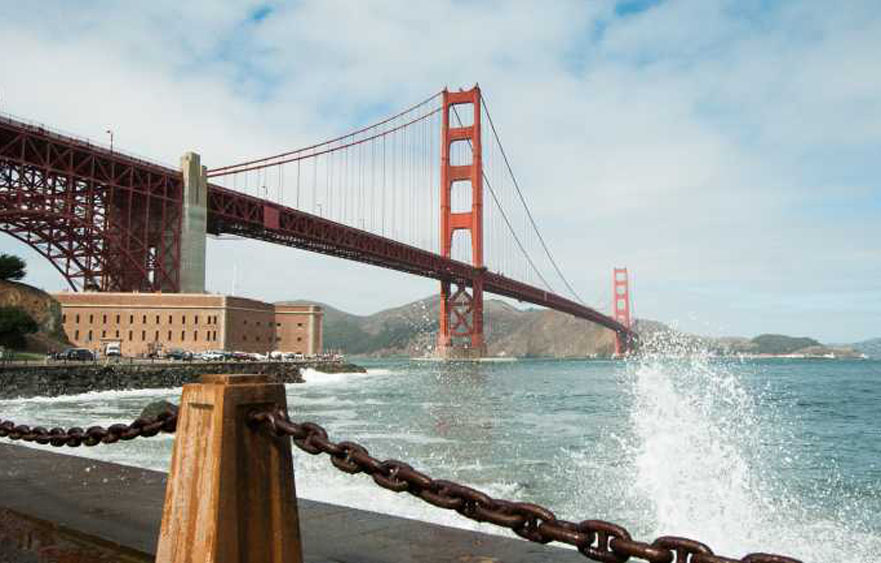 The bridge was initially designed by engineer Joseph Strauss in 1917. The suspension design was conceived and championed by Leon Moisseiff, the engineer of the Manhattan Bridge in New York City. Irving Morrow, a relatively unknown residential architect, designed the overall shape of the bridge towers, the lighting scheme, and Art Deco elements, such as the tower decorations, streetlights, railing, and walkways. Construction began on January 5, 1933. The Golden Gate Bridge construction project was carried out by the McClintic-Marshall Construction Co.

At the time of its opening in 1937, it was both the longest and the tallest suspension bridge in the world, with a main span of 1,280 meter and a total height of 227 meter. It has been declared one of the Wonders of the Modern World by the American Society of Civil Engineers.