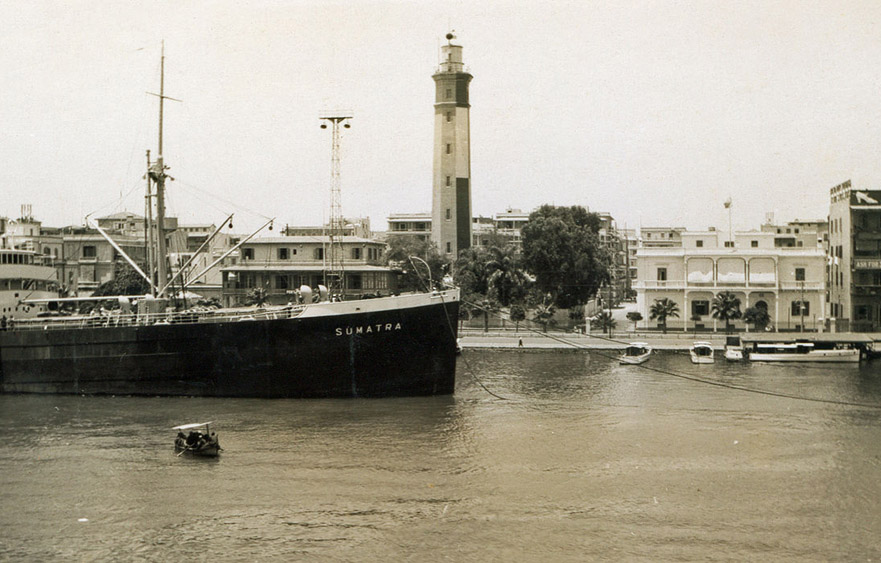 One of the most important architectural landmarks in the city. A unique example for the evolution of architecture during the nineteenth century in the city, the lighthouse was designed by François Coignet. The lighthouse was constructed by layering liquid 20 – 25 cm in thickness. To ensure the structural cohesion of the whole, iron wall ties were inserted. The use of concrete employed as a distinct material, not merely a substance for filling, and strengthened with metal rods.

Construction was completed in 1869, one week prior to the inauguration of the Suez Canal. The lighthouse has an octagonal shaped tower that is 56 m high, it was built to guide ships passing through the canal. The large sphere at the top was originally used to determine the power and direction of the wind.

Going all the way back to the construction of the Pharos of Alexandria in the 3rd century B.C.E., Egypt has long been a nation of naval innovation.

Featured Image: The lighthouse of Port Said in the 1930s / Image: via wikipedia.org