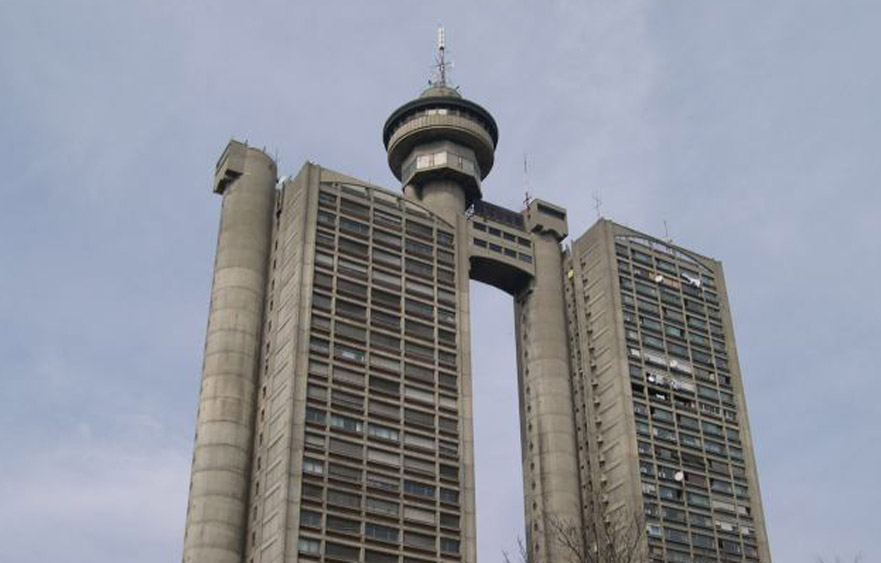 It is formed by two towers connected with a two bridge and revolving restaurant at the top. It is 140 meters tall and is the second-tallest high-rise in Belgrade. Western City Gate, also known as the Genex Tower, is a 36-storey skyscraper.

The building is designed to resemble a high-rise gate greeting people arriving in the city from the West. Disputed and criticized during the designing and construction process, the building is today a dominant landmark in Belgrade.

One of the towers was occupied by the state-owned Genex Group. The tower got its popular name “Genex” after this group, while its official title remains Western City Gate. The second, taller tower, is residential. The tower formerly occupied by the Genex company is empty, while the residential tower is still home to scores of people.