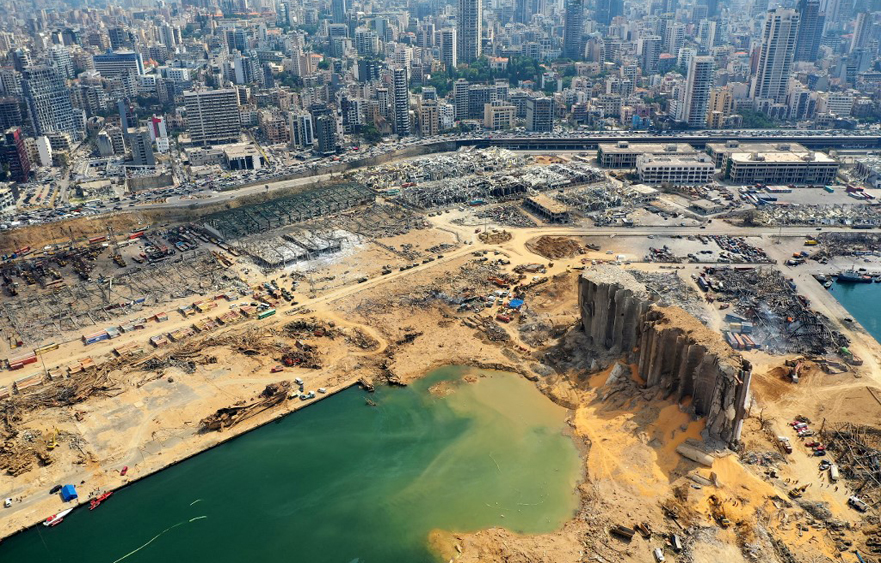 On 4 August 2020, a large amount of ammonium nitrate stored at the port of the city, exploded, causing at least 200 deaths, 6,500 injuries, and billion in property damage, and leaving an estimated 300,000 people homeless.

A cargo of the substance, equivalent to around 1.1 kilotons of TNT had been stored in a warehouse without proper safety measures for the previous six years, after having been confiscated by the Lebanese authorities from the abandoned ship MV Rhosus.

The blast was felt in Turkey, Syria, Israel, Palestine and parts of Europe, and was heard in Cyprus, more than 250 km away. It was detected by the United States Geological Survey as a seismic event of magnitude 3.3, and is considered one of the most powerful non-nuclear explosions in history.

Featured Image: Aerial view of the port of Beirut August 7, 2020 / Image: by AFP, via timesofisrael.com