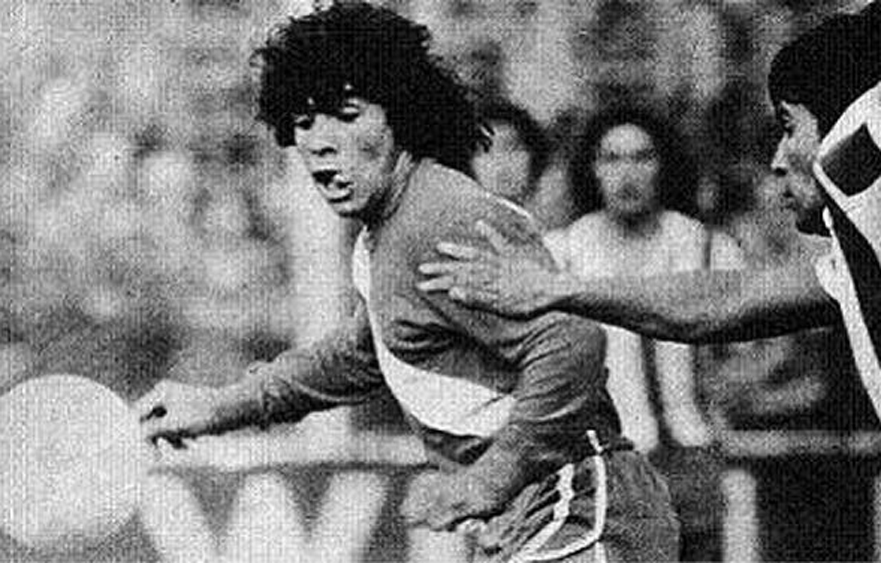 Argentine professional football player and manager. Widely regarded as one of the greatest players of all time. Maradona’s vision, passing, ball control and dribbling skills were combined with his small stature, which gave him a low center of gravity allowing him to maneuver better than most other football players. Maradona was given the nickname “El Pibe de Oro” (“The Golden Kid”), a name that stuck with him throughout his career.

In his international career with Argentina, he earned 91 caps and scored 34 goals. Maradona played in four FIFA World Cups, including the 1986 World Cup in Mexico where he captained Argentina and led them to victory over West Germany in the final, and won the Golden Ball as the tournament’s best player.

In the 1986 World Cup quarter final, he scored both goals in a 2–1 victory over England that entered football history for two different reasons. The first goal was an unpenalized handling foul known as the “Hand of God”, while the second goal followed a 60 meters dribble past five England players, voted “Goal of the Century” by FIFA.com voters in 2002.

Diego Armando Maradona debuted in the first team of Argentinos Juniors. It was the eighth date of the National Tournament in 1976 and Argentinos Juniors received Talleres de Córdoba in La Paternal, which had three wins in a row and was already emerging as the leader of the area. The game, which would end with a 1-0 defeat, took place on the afternoon of Wednesday, October 20 at the Juan Agustín García y Boyacá stadium.

Although Ludueña scored the goal that was worth two points in the first half, the highlight of the match would occur in the second when the best player of all time came in to replace Rubén Giacobetti wearing jersey number 16.

Fans of Argentinos Juniors and a few traveling Talleres fans witnessed probably the most important debut in the history of Argentine football.