Guishan Guanyin – The statue of “Goddess of Mercy” in Ningxiang 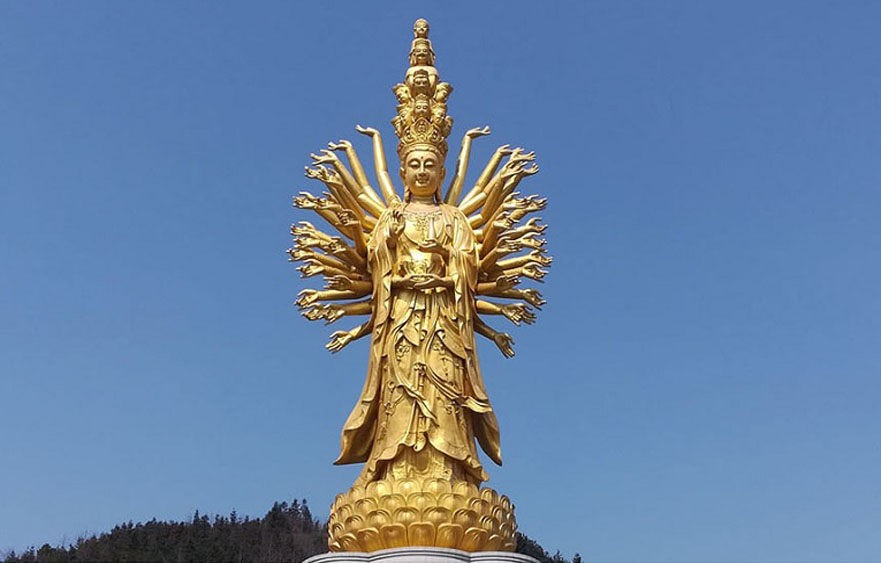 Guishan Guanyin – The statue of “Goddess of Mercy” in Ningxiang

It is a gilded bronze monument depicting Avalokitesvara and stands 99 meter tall. The statue complete its construction in 2009.

Her full name is Guan Shi Yin, which means “She who listens to the complaints of the World”. Guanyin is the Buddhist bodhisattva associated with compassion. Guanyin, Guan Yin or Kuan Yin is the most commonly used Chinese translation of the bodhisattva known as Avalokiteśvara.

The multiplicity of his eyes allows him to see the misfortunes of each, and, his 20 pairs of arms, to come to the aid of the greatest number. She has several faces, a sign of deep humility, each one being able to recognize in one or the other face the representation he has of the goddess.