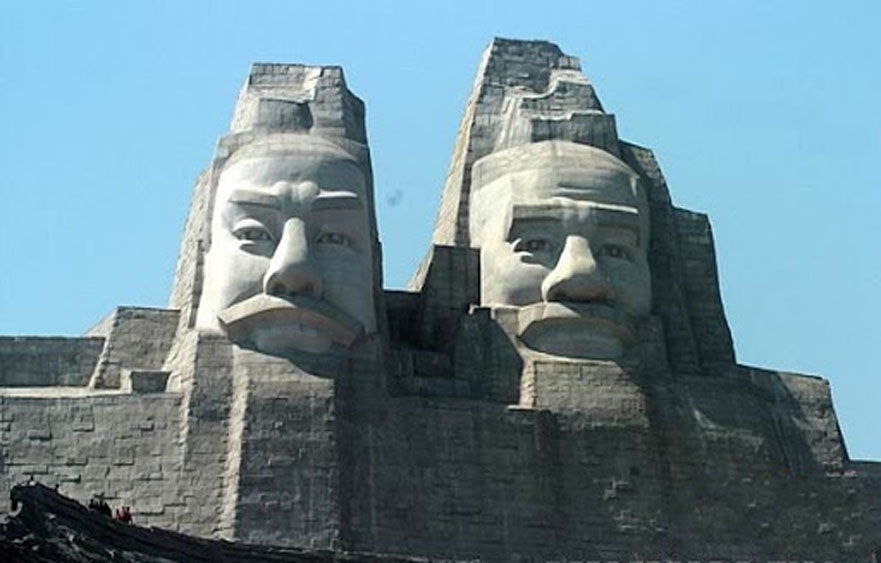 A monument that was carved from a mountain on the Yellow River. The construction lasted 20 years and was completed in 2007. The overall monument height is 106 meters, a 55-meter base platform with 51-meter busts on top. They depict two of the earliest Chinese emperors, Yan Di and Huang Di.

The tall one in the sculpture is the Yan Di and the short one is the Huang Di. The upper part is made of real stone from Taihang Mountain, and the lower part has the mountain as the body.

The Yan Emperor or the Flame Emperor was a legendary ancient Chinese ruler in pre-dynastic times. Huangdi, personal name Gongsun Xuanyuan, nicknamed Yellow Emperor was the first emperor and leader of China. He was also a god in Chinese folk religion, and titled Five Forms of the Highest Deity.