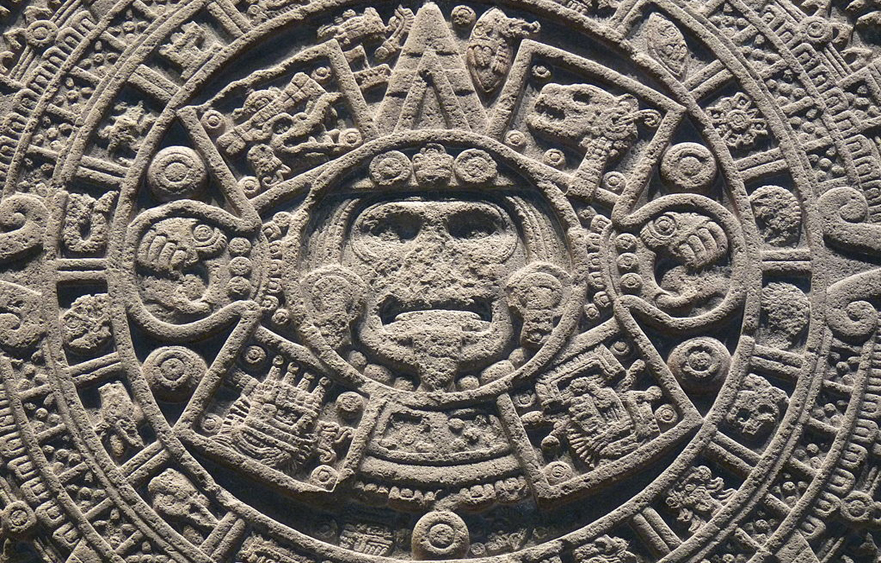 The calendrical system used by the Aztecs as well as other Pre-Columbian peoples of central Mexico. It is one of the Mesoamerican calendars, sharing the basic structure of calendars from throughout ancient Mesoamerica.

Aztec calendar, is on display at the National Museum of Anthropology in Mexico City. The calendar consists of a 365-day calendar cycle called xiuhpōhualli (year count) and a 260-day ritual cycle called tōnalpōhualli (day count). These two cycles together form a 52-year “century”, sometimes called the “calendar round”. The xiuhpōhualli is considered to be the agricultural calendar, since it is based on the sun, and the tōnalpōhualli is considered to be the sacred calendar.

It measures more than 3.5 meters in diameter and 98 centimeters thick, and weighs about 24,5 tons. Shortly after the Spanish conquest, the monolithic sculpture was buried in the Zócalo, the main square of Mexico City. It was rediscovered on 17 December 1790 during repairs on the Mexico City Cathedral.