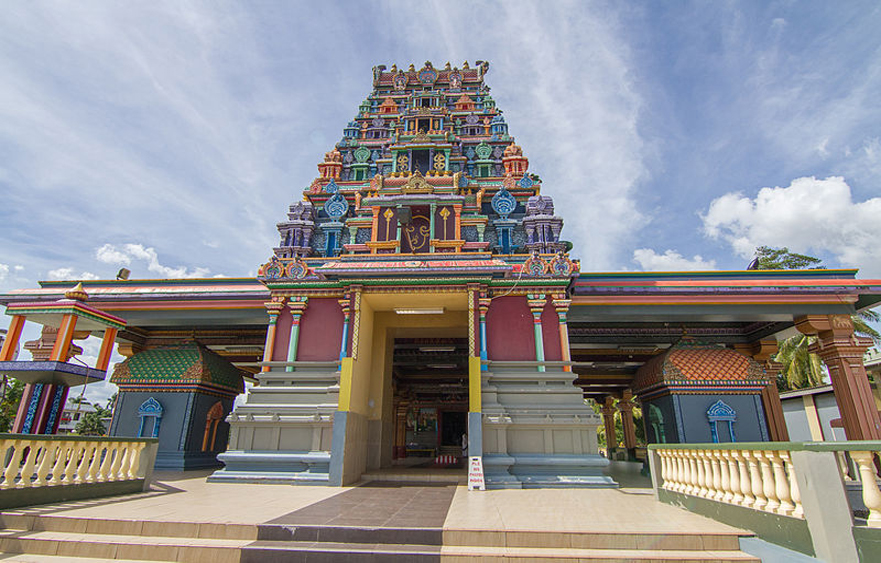 A temple in the southern hemisphere, is known for its peaceful atmosphere. Featuring traditional Dravidian styling, the temple is a towering colorful structure adorned in ornate carvings that depict a number of Hindu gods. The temple is set by the Nadi River and is open to worshippers and tourists.

The original temple had been in existence for a long time. It was at the old temple building that the Then India Sanmarga Ikya Sangam was formed in 1926. The foundation for a new temple was laid at the old site in 1976 during the Golden Jubilee celebrations by His Excellency the High Commissioner for the government of India in Fiji. The temple was built in the best traditions of ancient Dravidian Indian temple architecture as well as the principles of sacred architecture of the Vastu Vedic tradition. The consecration ceremonies of their new national temple were held on July, 1994.