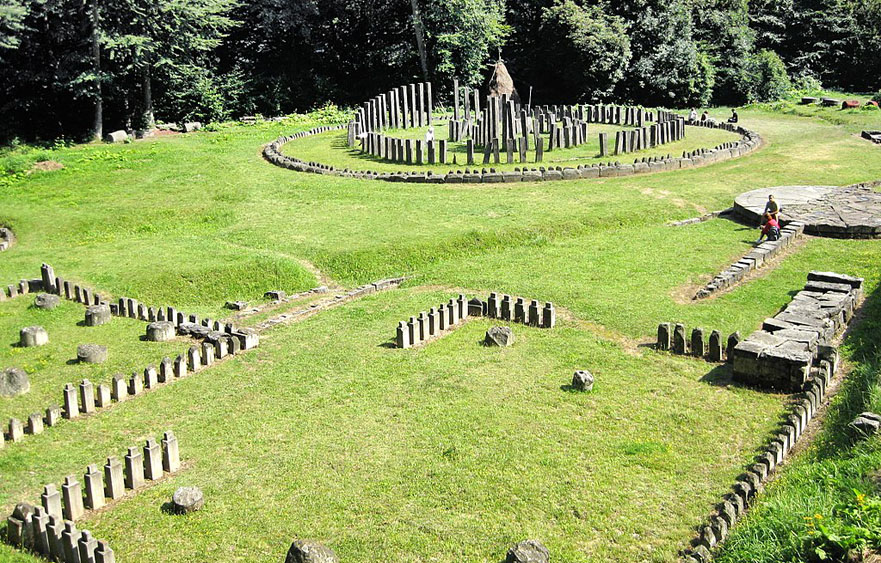 The capital and the most important military, religious and political center of the Dacians before the wars with the Roman Empire from the 2nd century AD. Erected on top of a 1200 meters high mountain, the fortress, comprising six citadels, was the core of a strategic defensive system in the Orăştie Mountains.

Sarmizegetusa Regia contained a citadel and residential areas with dwellings and workshops as well as a sacred zone. Distinct structures were discovered during the archaeological works.

The fortress, a quadrilateral formed by massive stone blocks, was constructed on five terraces. The sacred zone — among the most important and largest circular and rectangular Dacian sanctuaries – includes a number of rectangular temples, the bases of their supporting columns still visible in regular arrays. The most enigmatic construction at the site is the large circular sanctuary. It consisted of a setting of timber posts, surrounded by a timber circle which in turn was surrounded by a low stone kerb.

An artifact referred to as the “Andesite Sun” seems to have been used as a sundial and may have resulted from the Dacians’ exposure to Hellenistic learning in geometry and astronomy.