The Holy Right – The fist of St. Stephen resides in Budapest 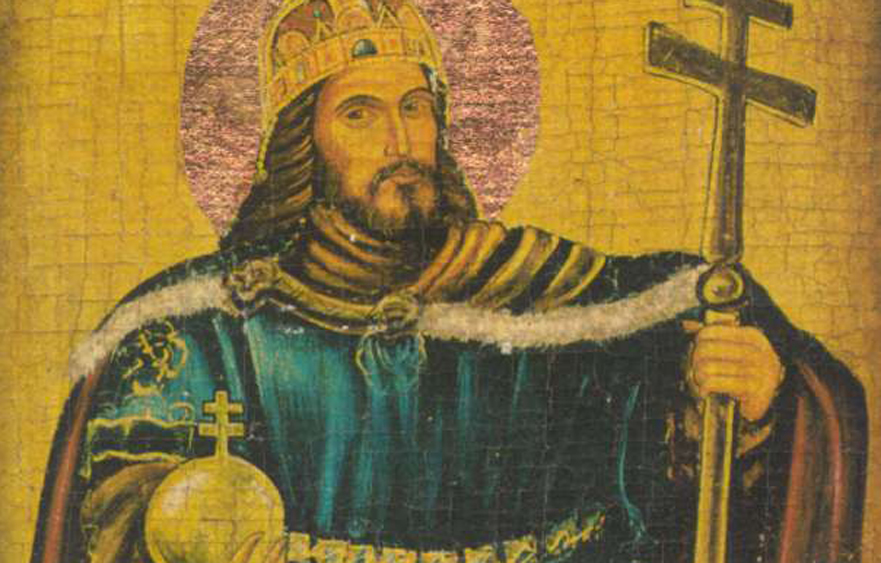 The Holy Right – The fist of St. Stephen resides in Budapest

King Saint Stephen, was the last Grand Prince of the Hungarians, and the first King of Hungary from 1000 or 1001, until his death in 1038. The year of his birth is uncertain, but many details of his life suggest that he was born in, or after, 975, in Esztergom.

Stephen established at least one archbishopric, six bishoprics and three Benedictine monasteries, leading the Church in Hungary to develop independently from the archbishops of the Holy Roman Empire.

Saint Stephen I of Hungary, dying on 15 August 1038, and was buried in his new basilica, built in Székesfehérvár and dedicated to the Holy Virgin. His death was followed by civil wars which lasted for decades.

He was canonized by Pope Gregory VII in 1083. In the calendar of the Hungarian Catholic Church, Stephen’s feast is observed on 20 August, the day on which his relics were translated. In addition, a separate feast day (30 May) is dedicated to his “Holy Dexter”.

Stephen’s intact dexter, or Holy Right, became the subject of a cult. A cleric stole it, but it was discovered on May 1084 in Bihar County (an administrative county of the Kingdom of Hungary).

The Holy Dexter was kept for centuries in the Szentjobb Abbey, except during the Mongol invasion in the 13th century, when it was transferred to Ragusa (Dubrovnik, Croatia). The relic was then taken to Székesfehérvár. Following the Ottoman occupation of the central territories of the Kingdom of Hungary in the mid-16th century, it was guarded in Vienna.

It was returned to Hungary in 1771. However as the front of the Second World War approached Budapest in 1944, the Holy Right was again taken back into Austria and was kept by the archbishop of Salzburg. Since 1950, the Holy Dexter has been in St. Stephen’s Basilica in Budapest. The Roman Catholic church is named in honor of Stephen, whose right hand is housed in the reliquary.

Featured Image: Stephen I of Hungary