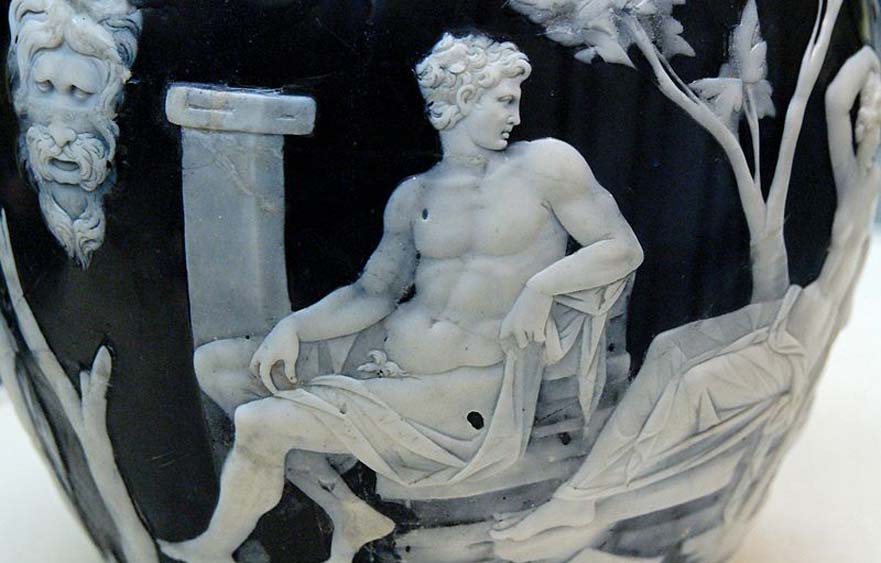 A vase or a small amphora, which is dated to between 15 BC – AD 25. It is the best known piece of Roman cameo glass and has served as an inspiration to many glass and porcelain makers from about the beginning of the 18th century onwards. It is first recorded in Rome in 1601, and since 1810 has been in the British Museum.

The vase is 24.50 centimeters high, and 17.70 centimeters diameter (maximum). It is made of violet-blue glass, and surrounded with a single continuous white glass cameo making two distinct scenes, depicting seven human figures, plus a large snake, and two bearded and horned heads below the handles, marking the break between the scenes. The white design may have been reworked after its rediscovery in the sixteenth century.