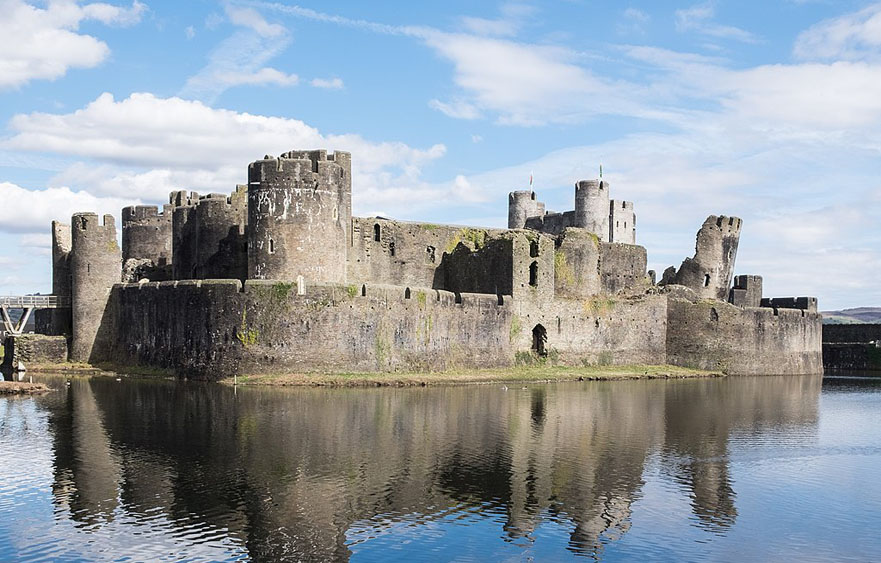 Α medieval fortification surrounded by extensive artificial lakes it occupies around 30 acres is the largest castle in Wales and the second-largest castle in the United Kingdom after Windsor Castle.

Caerphilly Castle was one of the first planned concentric castles. It was built by Gilbert de Clare III, a powerful Anglo-Norman lord in the 13th century as part of his campaign to maintain control of Glamorgan, and saw extensive fighting between Gilbert, his descendants, and the native Welsh rulers.

Gilbert began work on the castle in 1268 following his occupation of the north of Glamorgan, with the majority of the construction occurring over the next three years at a considerable cost. The project was opposed by Gilbert’s Welsh rival Llywelyn ap Gruffudd, leading to the site being burnt in 1270 and taken over by royal officials in 1271. Despite these interruptions, Gilbert successfully completed the castle and took control of the region.