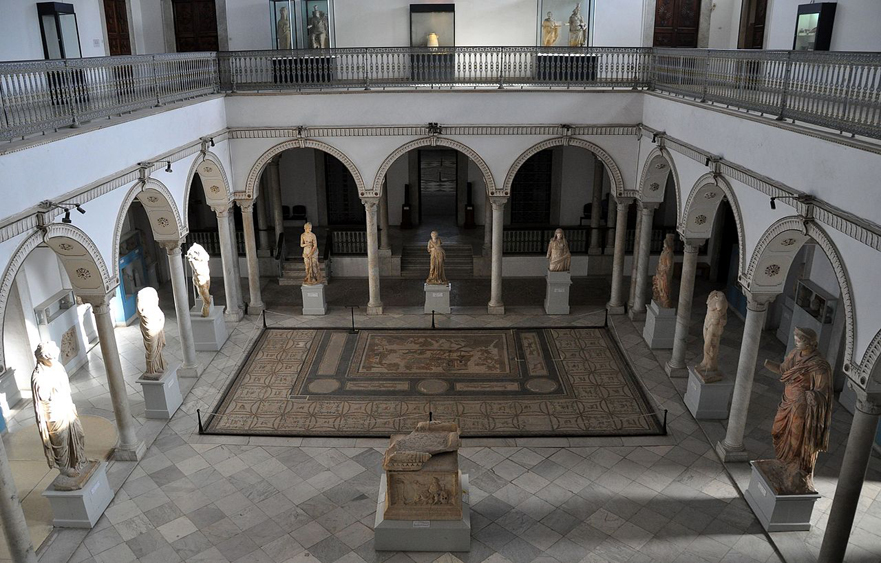 The museum houses one of the largest collections of Roman mosaics in the world, thanks to excavations at the beginning of 20th century in various archaeological sites in the country including Carthage, Hadrumetum, Dougga and Utica. From the Roman era, the museum also contains a rich collection of marble statues representing the deities and the Roman emperors.

Housed in an old beylical palace since 1888, it has been the setting for the exhibition of many major works discovered since the beginning of archaeological research in the country. The museum also houses pieces discovered during the excavations of Libyco-Punic sites including Carthage, as well as Greek and Islamic works.