Canfranc International railway station – The “Titanic of the Mountains” in Canfranc 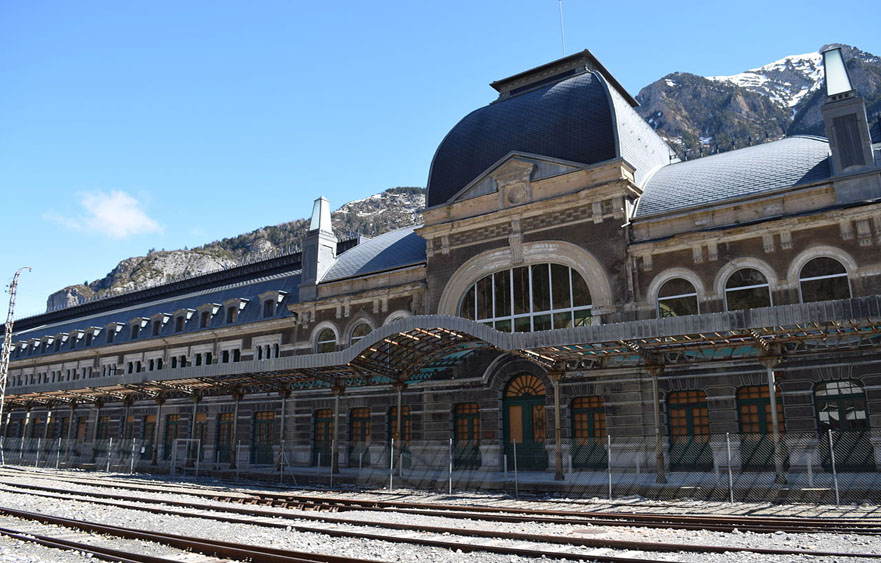 Canfranc International railway station – The “Titanic of the Mountains” in Canfranc

Spanish project engineer Ramírez de Dampierre began construction of the station in 1923, and it was formally opened on 18 July 1928, in the presence of King Alfonso XIII of Spain and the president of the French Republic Gaston Doumergue.

The site is mostly overgrown, but most of the buildings are largely intact and can be entered. The main building has been re-roofed, but is otherwise in a state of disrepair, fenced off and closed to the public except during guided tours in July and August.

The station’s reason to exist came to an abrupt halt on 20 March 1970 when a train derailment, on the Pau-Canfranc railway line, demolished the L’Estanguet bridge on the French side of the Pyrénées Mountains.

The railway station, is still open for the daily passenger trains, plus occasional freight trains. A new project involving the Government of Aragon, France and the European Commission is bidding to bring the station back to its former glory. Hoping to reach completion by 2026, the project is looking to refurbish Canfranc and reactivate the rail line between Spain and France. It’s a new beacon of hope for a hub that has remained a mausoleum for the past 50 years.