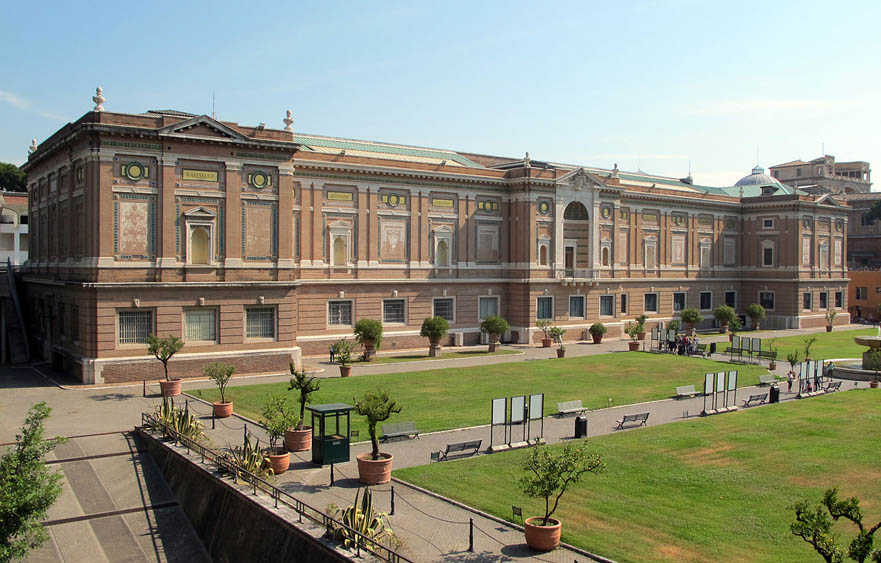 The art gallery was housed in the Borgia Apartment until Pope Pius XI ordered construction of a proper building. The new building, designed by Luca Beltrami, was inaugurated on 27 October 1932.

A first collection of only 118 precious paintings was created by Pope Pius VI around 1790. It was of short duration due to the fact that, following the Treaty of Tolentino in 1797, some of the greatest masterpieces were transferred to Paris. The idea of an art gallery, understood in the modern sense as an exhibition open to the public, was only born in 1817 after the fall of Napoleon and the consequent return to the Church State of a large part of the works belonging to it, according to the directions of the Congress of Vienna.

The collection contains some masterpieces of the greatest artists of the history of Italian painting, from Giotto to Fra Angelico, from Melozzo da Forlì to Perugino and to Raphael, from Leonardo to Tiziano, to Veronese, to Caravaggio and to Crespi.