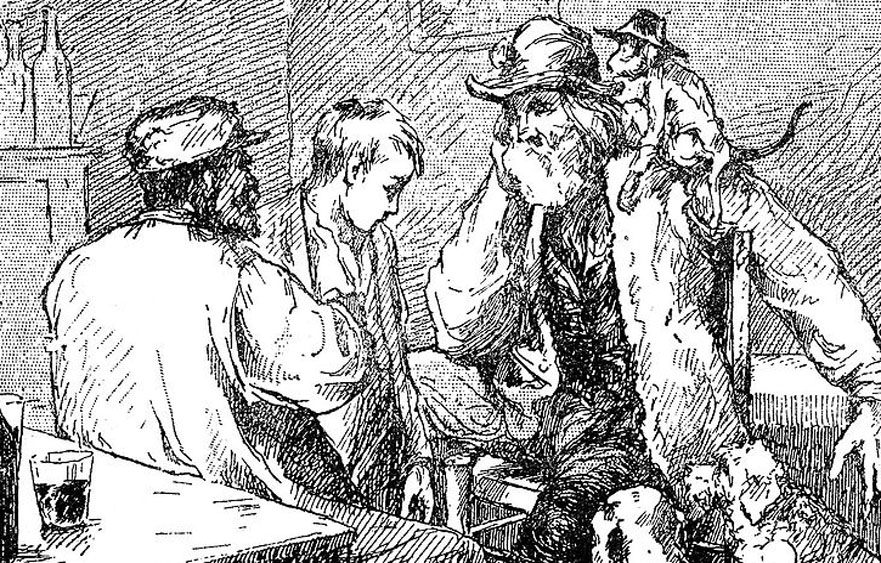 Hector-Henri Malot was a French writer born in La Bouille, Seine-Maritime. He studied law in Rouen and Paris, but eventually literature became his passion. In total Malot wrote over 70 books. By far his most famous book is “Sans Famille” (Nobody’s Boy, 1878).

The story proper starts when the mason Jerome Barberin, finds a baby boy in Paris. The boy wears very fine clothes, so apparently his parents are rich. He gives the boy to his wife, and calls him Rémi.

Barberin gets injured in an accident. He blames his employer and hopes to receive financial compensation in a trial. The trial costs a lot of money, and Barberin tells his wife to sell her cow and to get rid of Rémi.

Barberin comes home unexpectedly, bitter and penniless, having lost his trial. He sees that Rémi is still there and decides to get rid of him when he meets a travelling artist, Signor Vitalis, in the local pub, who travels with three dogs Capi, Zerbino and Dolce – and a monkey, Joli-Cœur. Vitalis offers to take Rémi on as an apprentice for money. Τhe eight-year-old Rémi starts a journey on the roads of France. Vitalis is a kind man, certainly better character than Barberin.

The story has a happy ending: Rémi finds his family, and discovers he is the heir to a fortune.

At 2 Avenue de la Dame Blanche was the home of Hector Malot, from 1862 until his death. In this house he wrote most of his novels, including the famous “Sans Famille”. The house was demolished in 1964.