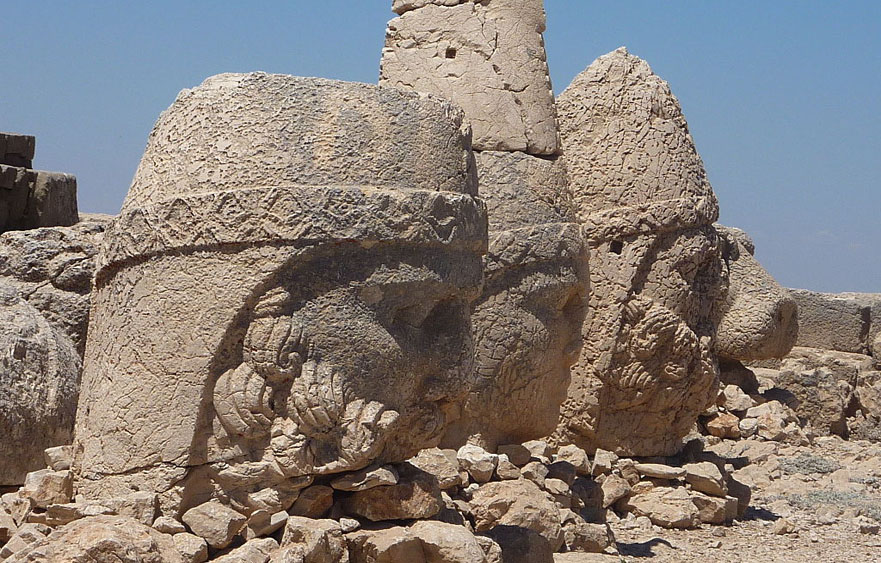 In 62 BC, King Antiochus I Theos of Commagene built on the mountain top a tomb-sanctuary flanked by huge statues 8–9 meters high of himself, two lions, two eagles and various Greek and Iranian gods, such as Heracles-Artagnes-Ares, Zeus-Oromasdes, and Apollo-Mithras-Helios-Hermes. The heads of the statues at some stage have been removed from their bodies, and they are now scattered throughout the site. The arrangement of such statues is known by the term hierothesion.

The site also preserves stone slabs with bas-relief figures that are thought to have formed a large frieze. These slabs display the ancestors of Antiochus, who included Greeks and Persians.

Possible uses for this site are thought to have included religious ceremonies, owing to the astronomical and religious nature of the monument.