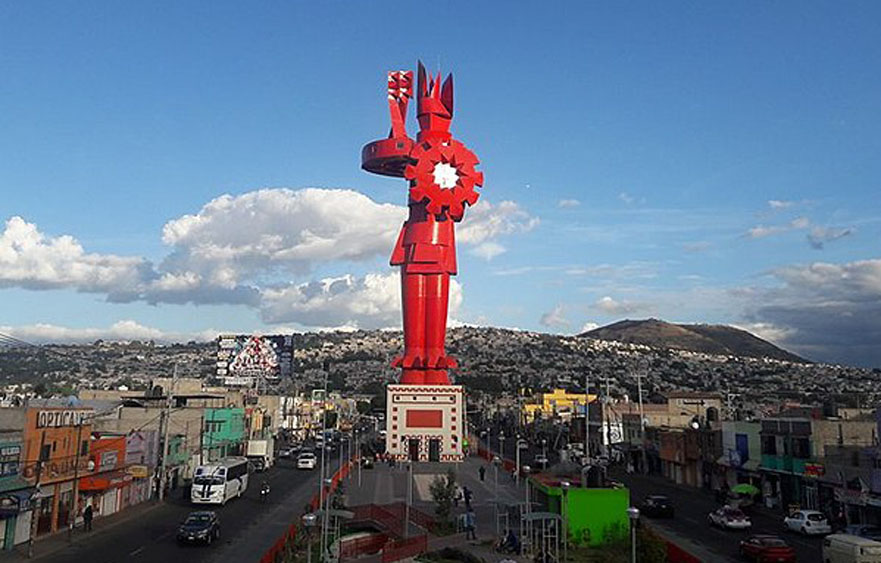 A 50 meter tall statue of a standing Chīmalli Warrior. Construction of the statue was completed in 2014. It rests on a base 10 meters high, carrying the monument to a total height of 60 meters. The statue built by the artist Enrique Carbajal, better known as Sebastián.

This warrior, represented in an abstract way and with basic geometric figures, holds in one hand a chimalli, which means shield in Nahuatl and in the other a macuahuitl, which was a weapon similar to a sword, made of wood and with obsidian edges in each side. His head is adorned with a plume. Guerrero Chimalli is several meters higher than the Statue of Liberty.

This monument was erected in memory of the heroic defense of the great capital of Tenochtitlán until its fall to the Spanish on August 13, 1521.