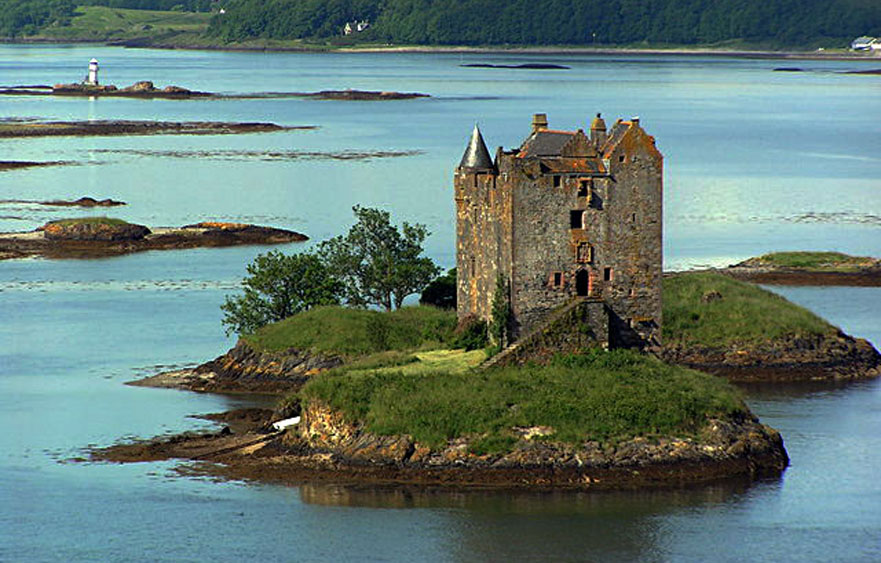 The name “Stalker” comes from the Gaelic Stalcaire, meaning “hunter” or “falconer”. The island castle is one of the best preserved medieval tower houses to survive in western Scotland.

Castle Stalker is believed originally to have been the site of a small fortified building belonging to the MacDougalls when they were Lords of Lorn, and built around 1320.

The MacDougalls lost their title after their defeat by King Bruce at Brander Pass in 1308 but regained it for a period after 1328. In about 1388 the Lordship of Lorn passed to the Stewarts, the lands including Castle Stalker. It is believed that Castle Stalker, much in its present form, was built by the then Lord of Lorn, Sir John Stewart.