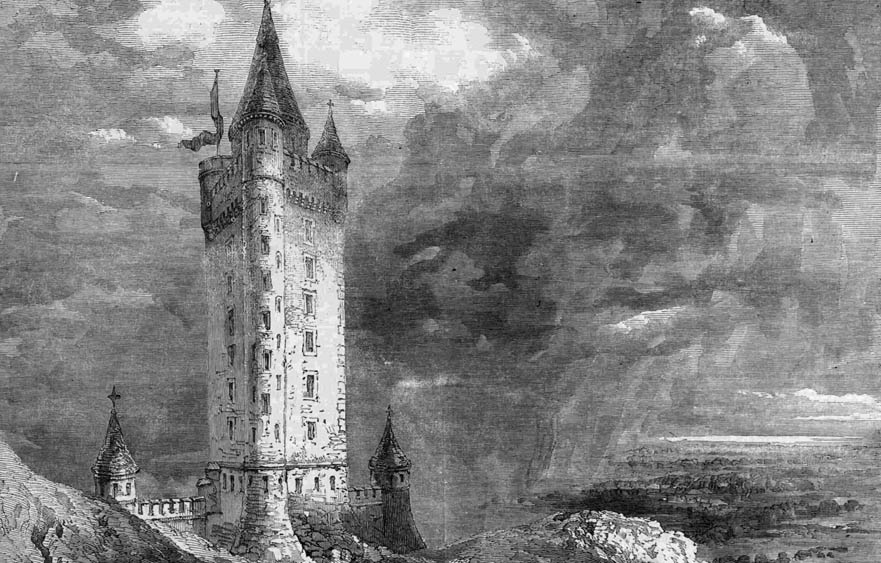 A 41 meter high 19th-century lookout tower or folly that stands on Scrabo Hill. It was built as a memorial to Charles Vane, 3rd Marquess of Londonderry and was originally known as the Londonderry Monument. Its architectural style is Scottish Baronial Revival.

The tower commemorates the 3rd Marquess of Londonderry, who was born Charles William Stewart in 1788. He fought in the Napoleonic Wars.

In 1854, when the 3rd Marquess died, his eldest son, Frederick Stewart, 4th Marquess of Londonderry, and his widow, the dowager marchioness, decided to build him a monument.

In 1855 the committee decided to hold a design competition. Four entries were considered: an obelisk and three towers. The first prize went to the obelisk, which was submitted by William Joseph Barre but in the end its construction never began

The fourth design showed a tower in the Scottish Baronial style. Such a tower was considered especially suitable for a Stewart as the Stewarts ruled Scotland during the times when peel towers were erected.

The foundation stone was laid on 27 February 1857 by Sir Robert Bateson and blessed by the Church of Ireland bishop. Τhe construction of the tower was completed in 1859.