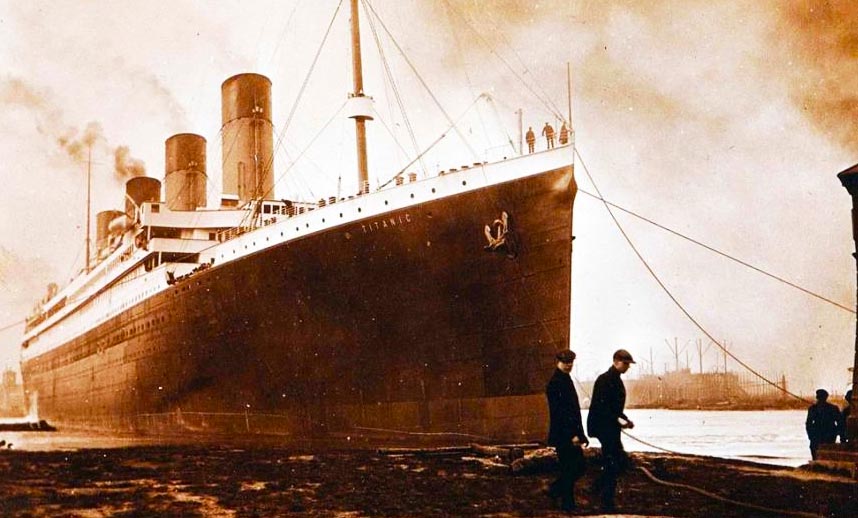 Titanic was a British passenger liner that sank in the North Atlantic Ocean in 1912, after colliding with an iceberg during her maiden voyage from Southampton to New York City. After leaving Southampton on 10 April 1912, Titanic called at Cherbourg in France and Queenstown (now Cobh) in Ireland before heading west to New York.         Advertisements